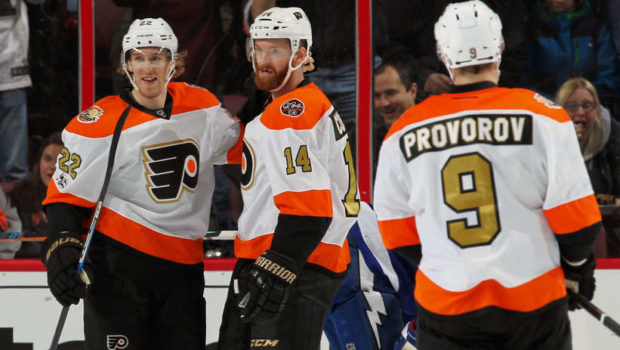 With 37 games left in their season and their bye-week underway, the Flyers are just one point up on Carolina and two on Ottawa and Florida.

In some ways, this season could become a repeat of last year when the Flyers hit a low point of 15-15-7 just after the holiday week and found themselves in 13th place in the Eastern Conference, seven points behind eighth-place Boston.

Then the Flyers went on one of the greatest closing stretch drives in franchise history, going 26-12-7 the rest of the way and jumping over New Jersey, Boston, Ottawa, Carolina and Toronto to make the playoffs on the final weekend.

The way things are shaping up now, the Flyers might need a similar run again just to get in. Especially, because the remainder of their schedule is loaded with so many games against powerhouse Metropolitan Division teams.