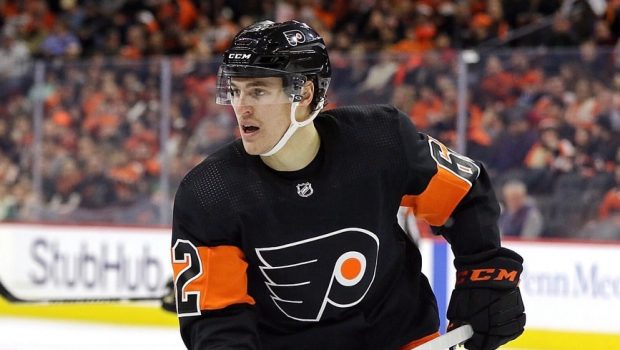 FLYERS NAIL DOWN AUBE-KUBEL ON THE CHEAP!

The Flyers have re-signed right wing Nicolas Aube-Kubel to a two-year contract extension worth an average annual value (AAV) of $1.075M.

He added another three points (2g-1a) in 13 Stanley Cup Playoff games, while leading the team in hits (52) during the postseason.

After drafting him in the 2nd Round (48th overall) in the 2014 NHL Draft held in Philadelphia, the Flyers signed him to a one-year, two-way contract extension on July 16, 2019.

NAK will be BACK. https://t.co/ZdmioczsxI