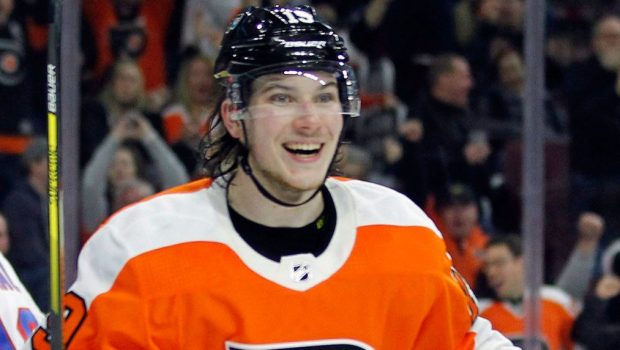 FLYERS MAY BE SHOPPING 2017 NO. 2 OVERALL PICK NOLAN PATRICK!

The Flyers have finally gotten into their heads that they aren’t as good as the lame-ass local media have told them that they are.

They missed the playoffs again and have to upgrade their talent level.

A report from TSN in Canada suggested the other day that Flyers center Nolan Patrick was on a list of players who could ask for a fresh start elsewhere this summer.

Patrick, through a team spokesman, told theInky he didn’t want to comment on the story.

His new agent, Rich Evans, was asked if Patrick wants to remain with the Flyers, the team that selected him No. 2 overall in the 2017 draft.

And hew dodged the question.