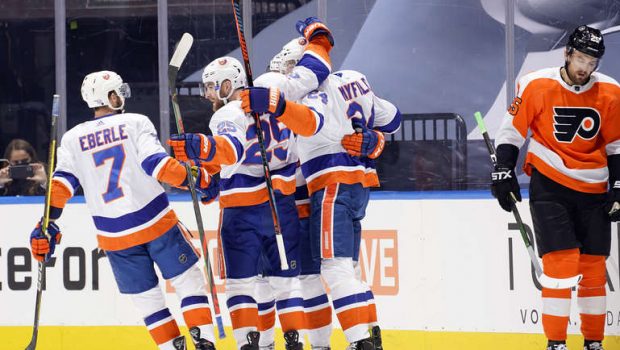 Scott Mayfield gave the Islanders a 1-0 lead at 9:27 of the first period with his first NHL postseason goal in his 26th game.

“Game-winner in Game 7 to go to the Eastern Conference Final, I don’t think anyone thought I’d be scoring it,” Mayfield said. “But I had a lane and just happy I could put it away.”

The goal seemed to take the energy out of the Flyers.

“I thought the first six minutes we were on our toes, we were making plays, we were playing in their end.

“After they scored that first goal we just never had the same bounce, had the same pop. Very disappointing to our whole group.”

One thought on “FLYERS LOST THEIR BOUNCE AFTER ISLES MAYFIELD’S FIRST GOAL!”