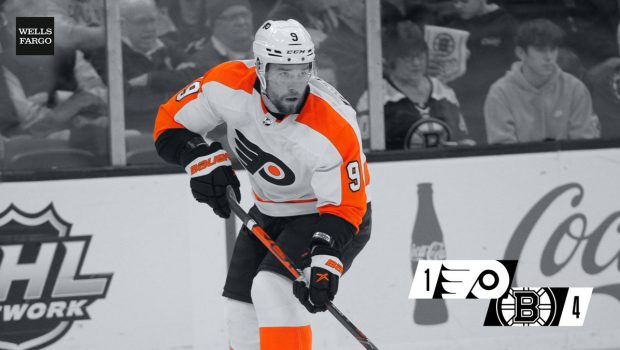 FLYERS LOSE 5TH IN ROW: HAVE THEY ALREADY GIVEN UP ON SEASON?

After a surprisingly positive start to the season, the Flyers have degenerated into a bad imitation of their awful 2021-22 selves.

David Krejci scored twice in the third period for a 4-1 win..

Boston scored three times in the final period, with Krejci getting his third and fourth goals of the season.

Owen Tippett scored on a power-play for Philadelphia, and Carter Hart made 28 saves.

“We’re going to have to find a way to make more plays to get going offensively,” Flyers coach John Tortorella said. “For a lot of minutes, I thought we checked well. We need the guys who can make plays make the plays when they’re there.”

Tippett cut it to 2-1 midway through the third, but Krejci countered 16 seconds later.