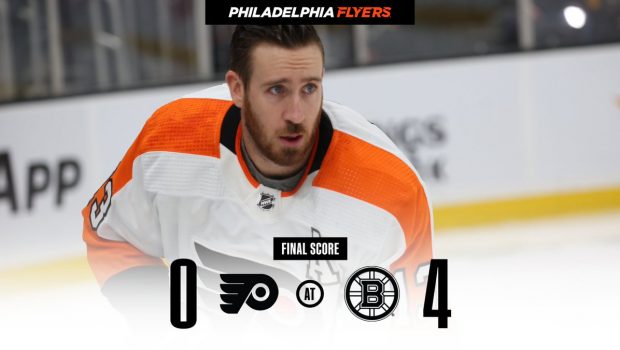 The visiting Flyers were shut out by the Boston Bruins, 4-0, in and exo.

The first period was scoreless. A deflected power play goal by Boston’s McLaughlin (1st goal of the preseason) gave Boston a 1-0 lead at 7:09 of the second period. McLaughlin tallied again at 11:55 of the third period. John Beecher added a deflection goal off his skate at 15:23 and then a shorthanded empty net goal at 17:12.

Felix Sandström played the first period in goal before leaving due to a lower-body injury. He only saw two shots, stopping both. Troy Grosenick played the final 40 minutes, making 20 saves on 23 shots. Linus Ullmark went the distance for Boston, recording a 21-save shutout.