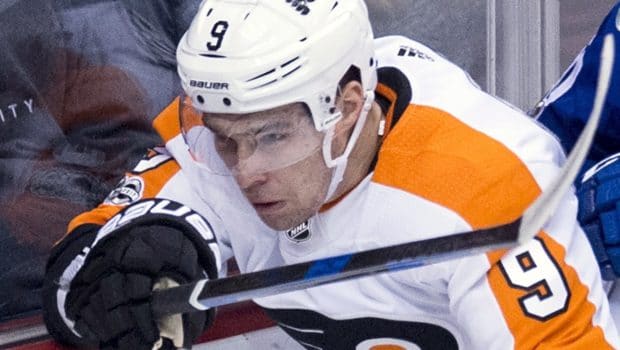 After sweeping three straight games out west, the rejuvenated Flyers have to answer a big question tonight.

Can they win at home?

Especially against the hottest team in the NHL, the Toronto Maple Leafs, who will be without star center Auston Matthews.

Matthews is considered day-to-day after colliding with teammate Morgan Rielly late in the third period of a win over the Pittsburgh Penguins on Saturday and sitting out Sunday’s 1-0 win over the Edmonton Oilers.

The one-goal win was the third straight by the Maple Leafs. They are 12-3-1 in their last 16 games and 5-0-0 without Matthews, who missed four games with an upper-body injury in early November.

While the Maple Leafs are coming off a 41-save shutout by goaltender Curtis McElhinney, the Flyers are riding the strong play of veteran netminder Brian Elliott, who won all three games in Calgary, Edmonton and Vancouver.

Elliott stopped 103 of 108 shots in the three games, posting a 1.66 goals-against average to earn the NHL’s Third Star of the Week honors.

With Matthews out of the lineup, Toronto coach Mike Babcock moved winger William Nylander to center, where he played between wingers Zach Hyman and Connor Brown. The trio had not played together since the forwards were all with the Toronto Marlies of the American Hockey League.

“It is fun when we get to play together, it (had been) a while,” Nylander told TSN following the team’s win over the Oilers. “I think it started pretty good. In the third period we were hemmed into our D-zone a lot, so it was a tough third period, but we kept it out of the net and (McElhinney) played amazing so that helps for sure.”

Look for the Maple Leafs’ second-leading scorer, Nazim Kadri, to see a lot of ice time against the Flyers’ top line of Claude Giroux, Wayne Simmonds and Sean Couturier.

Giroux posted a goal and an assist in each of his last two games, but it is right winger Michael Raffl who has been the Flyers’ most productive forward lately. Raffl picked up three goals and an assist on the three-game trip and has scored all five of his goals in his last eight games.

Right winger Jakub Voracek set up seven goals during the three-game win streak to increase his assist total to a team-high 30. However, it has been the switch from a two-man forecheck to a 1-2-2 attack that has helped turn things around.

The last time the Flyers played at home, they lost their 10th straight game and there were calls for major changes, including chants from the crowd to fire coach Dave Hakstol.

“When you’re at eight, nine, 10 in a row, most teams would start to point fingers and start to just find excuses,” Giroux told the Daily News. “That wasn’t the case. We were all in the same boat, and no one went over to the dark side. We stuck together, and that shows a lot of what this team is made of.”

The Flyers (11-11-7) still have a lot of work ahead of them if they plan to climb up the Metropolitan Division standings. The Maple Leafs, meanwhile, sit behind only the league-leading Tampa Bay Lightning with a 20-10-1 record, mostly because of their 10-2-1 record in one-goal games.