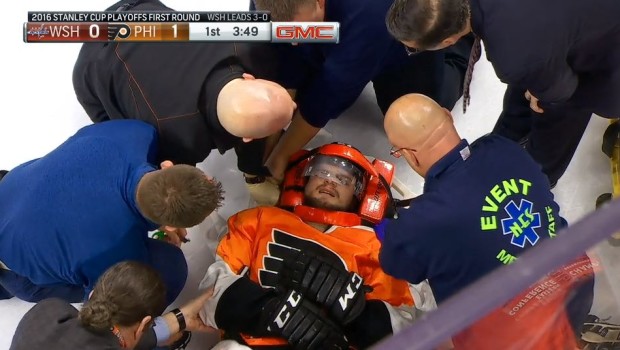 The Flyers’ 2-1 victory over the Caps came at a cost.

Center Scott Laughton was taken off the ice on a stretcher after a scary hit into the boards last night in game 4 of the Flyers’ first-round playoff series against the Washington Capitals.

After the Flyers’ 2-1 victory, the team said all tests were negative and that Laughton will remain overnight at Jefferson Hospital for precautionary reasons.

Laughton stumbled and hit his head on the boards after tangling with Washington defenseman John Carlson behind the Capitals’ net late in the first period. Laughton went down in a heap face-first and was immobile for several minutes, then talked to medical personal as they strapped him on the board.

Laughton had seven goals and 14 assists in 71 regular-season games this season. 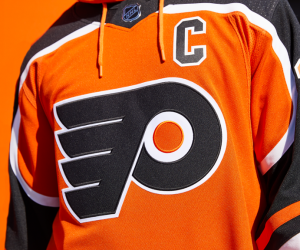