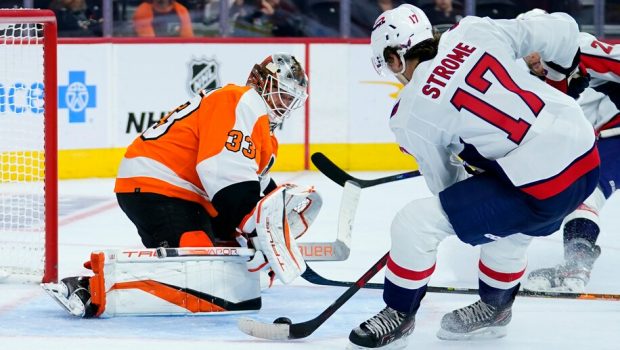 Dylan Strome scored twice and Connor Brown recorded the first goal in a contest that tilted heavily in Washington’s favor. Brown found a bouncing puck in the Flyers’ zone and scored from the slot to give the Capitals a 1-0 lead less than five minutes into the second period. Strome’s one-timer from the right circle on the power play made it 2-0. Kevin Hayes scored for the Flyers before Strome added an insurance goal late in the third.

Here’s the Flyers only goal, scored by Kevin Hayes:

Hollywood buries a feed from Tipper and cuts the deficit in half. #WSHvsPHI pic.twitter.com/dLx81Ap2yX