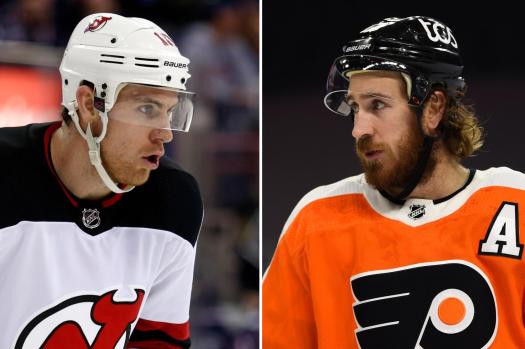 Kevin Hayes, out as he recovers from abdominal surgery, continues to skate with the team and stay involved until he can return.

“Kevin has been in everything,” coach Alain Vigneault said. “He’s been in the gym, doing his rehab, he’s been working. He’s been in all our meetings. He’s been a real part of this team. He’s wanted to stay close and he’s wanted to help the new players come in.”

Jimmy Hayes’ widow, Kristen, wrote on Instagram she was “shocked and heartbroken beyond words. I choose to remember my husband and the boys’ father by the enormous love and joy he brought us and so many others.” She said of his drug use, “this battle does not define him.”