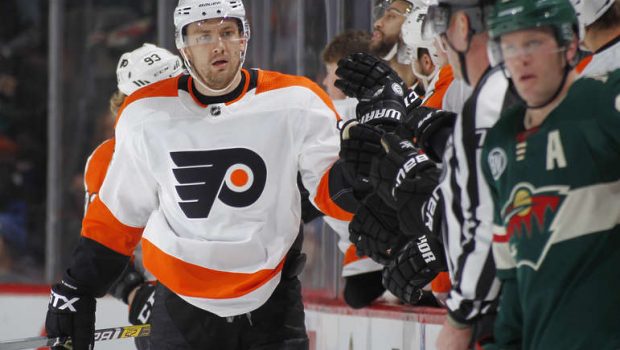 FLYERS JVR: ZOOM WAS A BIG HURDLE FOR NHL RETURN!

James van Riemsdyk isn’t exactly sure how he ended up on the Return to Play committee, a collection of both players and league officials charged with determining how things would look if hockey returned. He joined Connor McDavid, John Tavares, Mark Scheifele and Ron Hainsey from the player side.

That first meeting in late April was like so many first attempts at pulling off a Zoom call.

“Certainly those who didn’t know how to mute their lines and their faces popping up in the middle — they were definitely part of the older generation. I’ll put it like that,” van Riemsdyk said. “That made me laugh a little bit.”

On the first call, it was clear that Bettman and Daly wanted to complete the season in full. That would have solved the ongoing debate of whether teams would have an unfair advantage under an altered format. It also meant all 31 teams would have to find a way back on the ice. It didn’t take long to recognize that wasn’t possible.

“We kind of just said, ‘We’ll wait,’” McDavid said, as the world changed around them. “A week or two went by and we really didn’t hear anything.”