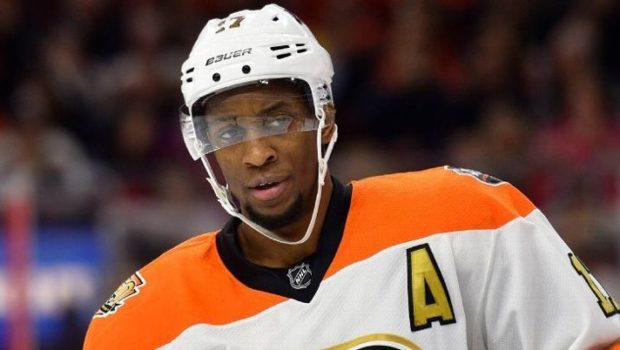 FLYERS HOST BRUINS WITH PLAYOFF POSITION ON THE LINE!

The Flyers host the Boston Bruins today at the Wells as the NHL season winds down.

Today’s game marks the first of four in a seven-day span, which features three on home ice. They enter the stretch drive having earned points in seven straight games, posting a 4-0-3 record.

They have 92 points, which as of today is good enough for the first wild card spot in the East.

“First and foremost we have to get into the playoffs. We have to clinch a spot,” Wayne Simmonds (above) told NHL.com “We still have to play with urgency. You still have to get points. As much good hockey as we’ve played of late, we have to play just as good and even better going down the stretch here. We’ve got four games this week. It’s a lot of hockey and we need to make the best of it.”