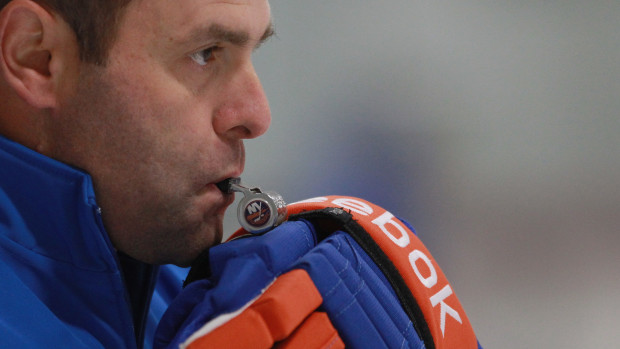 In a move that indicated Flyers general Ron Hextall is hedging his bet on NHL neophyte coach Dave Hakstol, Scott Gordon was hired today as head coach of their American Hockey League affiliate, the Lehigh Valley Phantoms, according to general manager Ron Hextall.

In addition, Hextall announced that Riley Cote will return as an assistant coach of the Phantoms.

Hextall plucked Hakstol, who had coached Hextall’s son at the University of North Dakota, to be the Flyers coach in May.

Having Gordon in the system will give him some leeway if Hakstol cannot make the transition to coaching in the NHL.

“We are extremely pleased to add Scott to our organization as head coach of our top affiliate in the Lehigh Valley,” said Hextall. “He brings in a proven track record of success and knowledge as a coach at all levels, and we are confident he can help develop our prospects through our system, as well as lead the Phantoms back to the Calder Cup playoffs.”