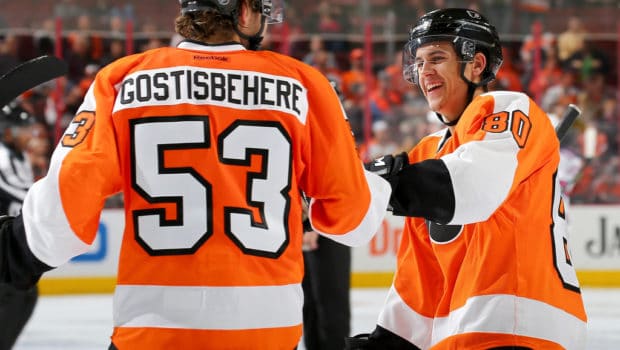 No Flyers team in their 50-year history has ever been shut out in three straight regular-season games.

That could change tonight against the Islanders at the Wells.

This bunch hasn’t scored in 122 minutes, 49 seconds and counting.

They are clinging onto the last playoff spot in the East by a mere point. While they have done quite well on the defensive side of their game lately, scoring has been an issue and that’s bad news in a playoff run.