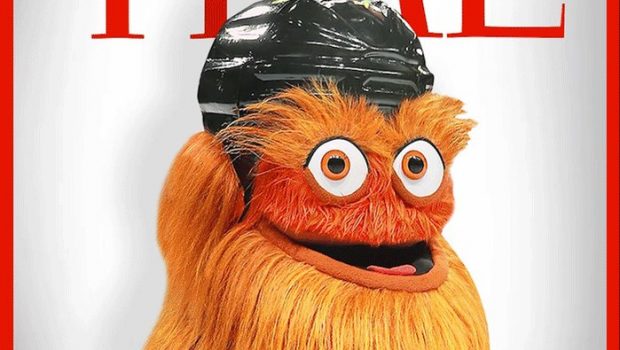 The Flyers got bounced from the playoffs by the Pens last spring and they have become one of the NHL’s worst franchises in 2018-19.

But the formerly great franchise has created a terrific distraction:

Forget the politics or sports allegiances of Gritty for a moment. Just look into his eyes. Look into his googly, unblinking eyes.

Gritty was unveiled as the mascot of the Flyers in September, and at first he was greeted with confusion.

The Flyers wanted him “to be somebody you wanted to high-five, but not hug,” said Brian Allen, a concept artist who sketched out its design.

Mission accomplished. He was described by the Philly City Council as a “ghastly empty-eyed Muppet” and a “shaggy orange Wookiee-esque grotesquerie,” and yet, he was soon beloved.

Beyond Philly, Gritty landed in a sweet spot of absurdity:

He was perfect for the internet without feeling too focus-group-designed for it. He later became associated with left-wing politics — an association he neither asked for nor accepted — but Gritty stands on his own.