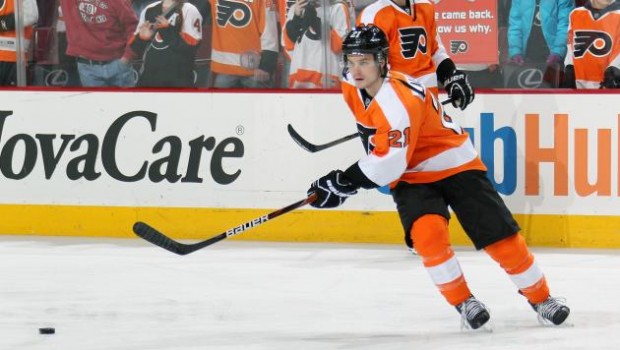 FLYERS’ GOSTISBEHERE IN CHATTER FOR ROOKIE OF THE YEAR

The NHL season is at the mid-point, and the questions are arising:

Can Flyers’ Shayne Gostisbehere win the Calder Cup, emblematic of rookie of the year?.

Just look at the top scorers among rookies. At a first glance, coming in at 12th overall seems to make his case laughable; Gostisbehere’s 19 points are a far cry from Artemi Panarin‘s rookie-leading 45.

Still, he’s accomplished a lot for the Flyers, especially in a short time.

In 27 games, he has three game-winning goals, all in overtime. His 10 power-play points ties him with Max Domi for third place among rookies.

Gostisbehere’s per-game impact really stands out. There are only two first-year players who’ve played in 10-plus games who have more each night than Ghost’s .70 per game:Connor McDavid (.92) and Panarin (.88).

Like any good difference-maker, he’s generating a rave review quote from an opposing player, via the Inky:

“His shot … he’s got a bomb,” Kris Letang said. “For a young guy to come into the league and manage a power play with that much talent on it, it’s impressive.”

No doubt about it, “Ghost” is a long shot to win the Calder, or even be a finalist. Perhaps he should get a little more consideration, however, and that’s especially true if he keeps up this pace through the rest of the season.