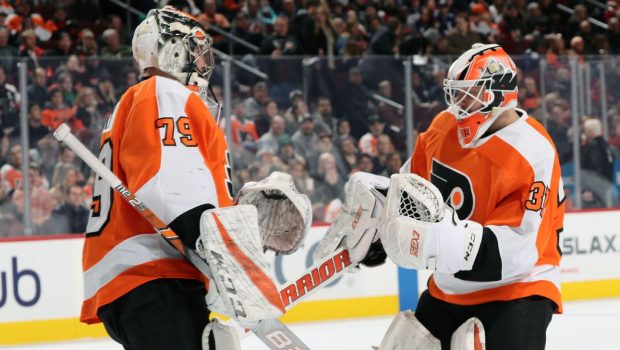 FLYERS GOALIES HART AND ELLIOTT HOLD KEY TO THE PLAYOFFS!

Brian Elliott and Carter Hart have been decent on their own. However, when you consider what the two have accomplished together, they look much better.

They have started 59 games up to this point in the season, with Alex Lyon filling in the blanks. In 33 starts, Hart has been solid, posting a 2.54 goals-against average (GAA) and .908 save percentage (SV%), while Elliott holds a 2.90 GAA and .898 SV%. Obviously, neither have Vezina Trophy numbers, but they’ve managed to keep the Flyers in the playoff race.

Flyers Could Use Hart & Elliott Tandem for Playoff Push