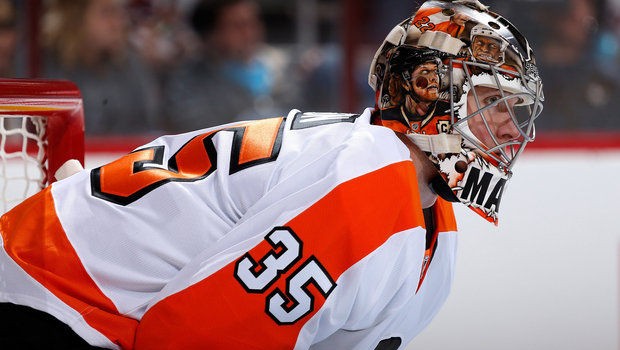 The scene was painfully reminiscent.

Flyers’ goalie Steve Mason had to be helped off the ice in Washington on Sunday as his bum right knee acted up again.

And now the Flyers have decided that Mason will have arthroscopic surgery to repair his right knee, Comcast SportsNet reported on Monday.

The surgery, which would sideline Mason for at least two weeks and perhaps as many as six, will be the goaltender’s third surgery to his right knee since 2008.

While playing junior, Mason had knee surgery in April 2008, ending his season. Then next September, he had surgery during Columbus Blue Jackets training camp and wasn’t cleared to practice for a month.

Mason reinjured his knee this season during a Jan. 10 game against Boston, then missed the Flyers’ next six games before returning on Jan. 27. He also missed four game in late December with a back injury, so this is the third time in a little more than seven weeks that he’s been injured.

The Flyers play the second game of their four-game roadtrip on Tuesday night in Montreal.

The Flyers replaced Mason on the roster by calling up 21-year-old rookie Anthony Stolarzfrom the AHL’s Lehigh Valley Phantoms.

Stolarz will back up fill-in Flyers starter Ray Emery because Phantoms goalie Rob Zepp injured an ankle during a game last Saturday.

The timing of Mason’s injury is terrible because he’s been very hot during a 5-0-1 Flyers surge that has them over .500 for the first time since November and back within nine points of a playoff spot.

When Mason was injured last month, Emery played behind Zepp, a 33-year-old who had no NHL experience until last December.

“You don’t want to see Mason go down, but I’ve (replaced) him a few times before,” Emery said. “So just get in there and work hard.”