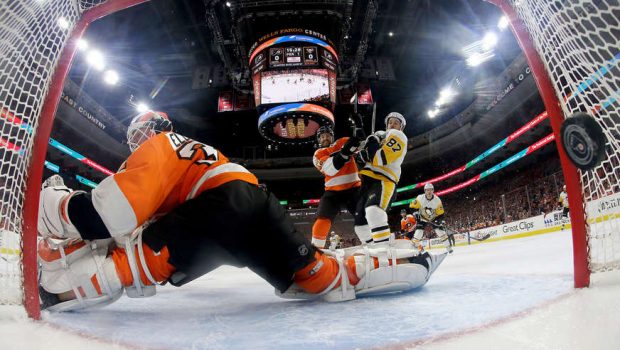 There’s a good chance that if the Flyers had a competent goalie, general manager Ron Hextall would still have his job.

But they don’t and he doesn’t.

Now comes word that one of their goalies will be out with injury a lot longer than first expected.

Brian Elliott (lower body) is listed as week-to-week and will miss more time than originally expected, reports the Inky.

Elliott was initially expected to miss just a couple of weeks with a lower-body injury but now it appears he’ll be out longer.

Elliott remains on injured reserve and he’s not close to a returning. He injured his back on Nov. 15.