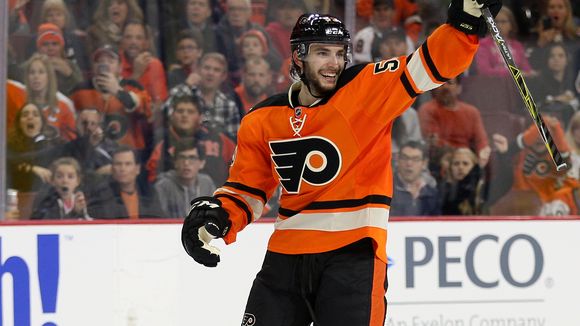 A Flyer actually made news at yesterday’s morning skate in Voorhees.

Shayne Gostisbehere was so pissed off he threw his stick over the glass and hit the wall.

Gostisbehere abruptly ended his extra work and stormed off the ice to the dressing room.

Could he have aggravated his left knee injury, which required arthroscopic surgery Jan. 14?

“No, not to my knowledge,” coach Alain Vigneault said.

“I just wanted to get a feel,” Vigneault said Friday. “It’s not fair considering what he had to go through as far as the injury, the operation and then two practices, but it is what it is.

“It’s all about a serious injury, little time as far as getting a player back into game condition. Just wanted to have a little chat with him so that he stayed upbeat and continues to work real hard. When you look at it, serious injury, three weeks to a month, and we gave him two 25-minute practices — little unfair. Maybe we should have considered sending him to Lehigh Valley for a couple of days and a couple of games because that is a fairly significant injury.

“It just didn’t work out that way, so we’ve got to work him back into conditioning and execution. Hopefully he’ll be back to normal quicker than later.”