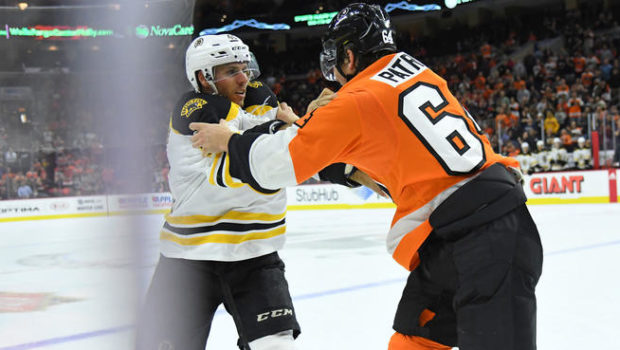 THESE FLYERS ARE MORE FUN TO WATCH! BETTER? NOT SO MUCH!

There will be at least three rookies on the roster come Wednesday’s season opener in San Jose. Nolan Patrick is a clear lock, with Sam Morin and Robert Hägg pretty close to being locks. Travis Sanheim powered his way to the forefront of the conversation at one point with three straight goals for the Flyers over two games, but has also shown the most flaws in his own zone of the three defensemen.

Either way, the Flyers figure to be a much more entertaining team in 2017-18 with the departure of a few vanilla skaters and the arrival of a few exciting rookies to take their place: