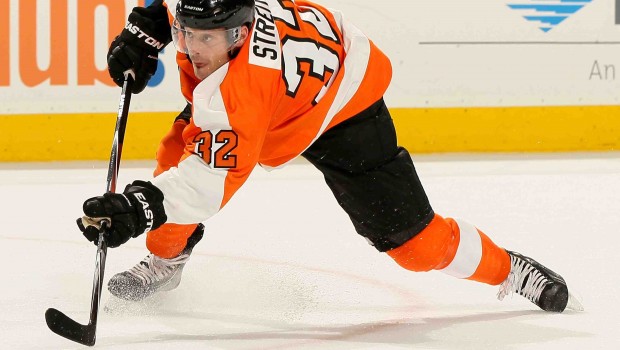 FLYERS FLIP STREIT (BUT NOT ALL HIS SALARY) TO LIGHTNING FOR FILPPULA!

The Flyers have traded defenseman Mark Streit to the Tampa Bay Lightning for Valtteri Filppula, a 2017 fourth-round pick and conditional 2017 seventh-round pick.

Streit has scored five goals and 16 assists in 49 games with the Flyers, his fourth season with the team.

The 39-year-old signed a four-year, $21 million contract with the Flyers prior to the 2013-14 season and waived his no trade clause in order to complete the deal.

The 11-year NHL veteran has also spent time with the New York Islanders and Montreal Canadiens, totaling 95 goals and 333 assists in 765 games.

The native of Switzerland will be an unrestricted free agent this offseason.

Streit was drafted by the Canadiens in the ninth round (262nd overall) of the 2004 NHL Entry Draft.

Filppula has seven goals and 27 assists in 59 games with the Lightning, his fourth season with the team.

The 32-year-old signed a five-year, $25 million contract with the Lightning during the 2013 offseason and he also waived his no movement clause in order to complete the deal.

The native of Finland has one year remaining on his contract, with a cap hit of $5 million.