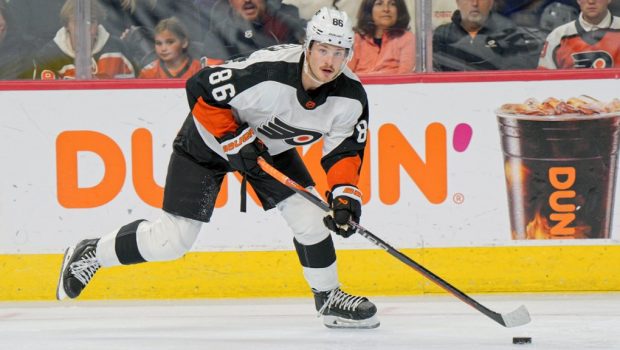 Noah Cates, Owen Tippett and Travis Konecny each had a goal and an assist, Felix Sandstrom made 28 saves and the Flyers handed the St. Louis Blues their eighth straight regulation defeat, 5-1.

Wade Allison and Lukáš Sedlák also scored for rebuilding Philadelphia, which has won seven of 12 and has16 points to start the season under first-year coach John Tortorella. The Flyers were last in the Metropolitan Division last season.

“We’re trending the right way,” Cates said. “We’re finding our groove, and we just have to keep going.”

Ryan O’Reilly scored for the Blues, who set a club record for consecutive losses in regulation. St. Louis last won on Oct. 22 to improve to 3-0. The Blues are five defeats from matching the franchise’s all-time losing streak, a 13-game slide from March 16-April 8, 2006, that included three overtime losses.

“I don’t have an answer, just not good enough,” O’Reilly said. “You can see it. You can feel it. Every mistake, we get heavier and heavier. Every 50-50 puck seems to go their way. It’s frustrating.”

Allison notched the first of Philadelphia’s three second-period tallies with 9:49 left in the period. Ivan Provorov set up the goal with a pass toward the crease, and the puck went off Allison and past Blues goalie Thomas Greiss. It was just the third time in 12 contests Philadelphia has gotten on the board first.

Konecny scored his team-leading fifth of the season with 3:23 to play in the period when he wheeled past defenseman Justin Faulk in the slot and fired a wrist shot past Greiss’ blocker side.

The Flyers just beat the buzzer for their final tally of one of their most impressive periods of the season with a 4-on-4 goal with three seconds left on a pretty passing play. Scott Laughton started it by keeping the puck in the zone, then sent a pass to the opposite circle to Travis Sanheim, who whipped the puck to the far side of the crease and Cates deflected it home for his second goal of the season.

That was more than enough for the Flyers against the struggling Blues.

Sandstrom was a late replacement for announced starter Carter Hart, who was ill.

O’Reilly got the Blues on the board 5:22 into the third with a wrister from the slot that got past Sandstrom low on the glove side after a nifty setup from Ivan Barbashev.

But Sedlák answered just 1:22 later with a backhander from close range that went off Greiss’ pads and in after Nick Seeler’s long shot from the point.

The Blues tried for an early spark with fisticuffs. Brayden Schenn dropped the gloves with Philadelphia’s Seeler just 3:39 into the contest in a one-sided duel won by Seeler. Just 51 seconds later, Blues’ Robert Bortuzzo fought Zack MacEwen following a faceoff. Neither player was able to gain their footing in a draw.

But the fights were not enough to spark the Blues. Philadelphia dominated the first period, outshooting the Blues 18-11, before the three-goal barrage in the second.