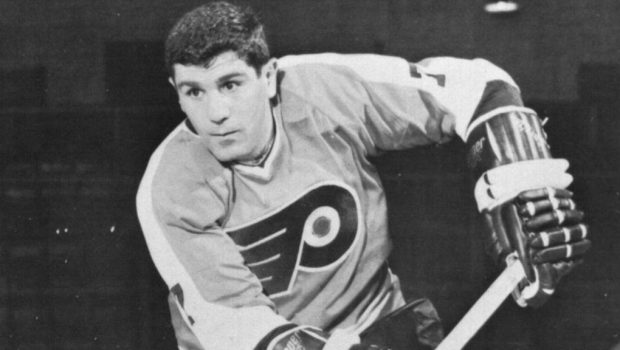 Lou Angotti, the first captain of the Flyers who played 10 NHL seasons and twice in the Stanley Cup Final for the Chicago Blackhawks, has died at 83.

He was named captain of the expansion Flyers after he was selected from Chicago in the 1967 NHL Expansion Draft. He scored an NHL career-high 49 points (12 goals, 37 assists) to help Philadelphia win the West Division before losing to the St. Louis Blues in the best-of-7 Stanley Cup Quarterfinals.

“The Flyers are saddened by the passing of Lou Angotti, an original Flyer and our first captain,” the team said in a statement. “Lou came to an entirely new hockey team and new city in 1967, and his leadership proved invaluable in bringing our team together and helping us win our first division title. Our condolences go out to the entire Angotti family.”

Angotti was traded twice June 11, 1968, first to the Blues by the Flyers and then to the Pittsburgh Penguins. He was then traded to the Blues by the Penguins on June 6, 1969 and claimed by the Black Hawks in the NHL Intraleague Draft five days later. He played the next four seasons for Chicago, which lost the 1971 and 1973 Cup Final to the Montreal Canadiens in seven and six games, respectively, and was a player-coach for the Blues after Jean-Guy Talbot was fired with 23 games remaining in the 1973-74 season.

Angotti won the 1962 NCAA championship with Michigan Tech University, two years after losing it, and was named MVP of each tournament. He scored 17 points (nine goals, eight assists) playing an NHL-high 70 games for the New York Rangers in 1964-65 and was traded to the Black Hawks for cash 21 games into the 1965-66 season.