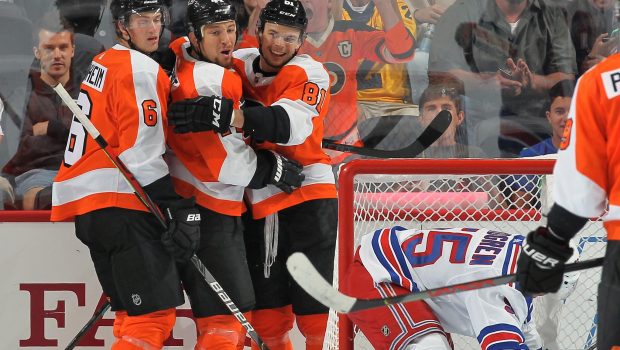 FLYERS FINALLY GET AN EXO WIN, 4-1 OVER RANGERS!

The Flyers defeated the New York Rangers, 4-1, at the Wells, improving their exo record to 1-2-1.

Flyers stars broke through and competition heats up for limited roster spots as head coach Alain Vigneault takes in the game from above.

Jakub Voracek enjoyed a three-point game with a power play goal (1st) and assists both on the power play and at even strength, while Claude Giroux collected a pair of assists.