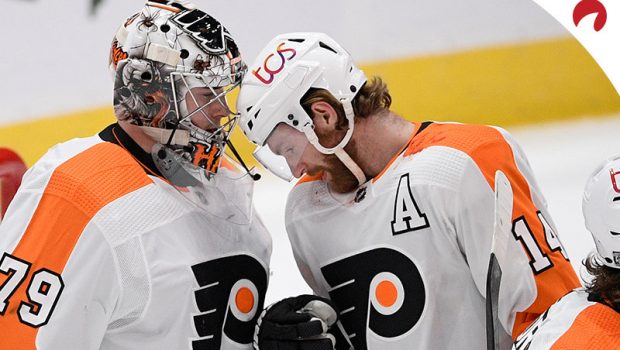 The Flyers and Capitals play the second half of a two-game miniseries tonight in DC after the Flyers beat the Caps 7-4 on Sunday.

Only the Vancouver Canucks have scored more goals at even strength than the Flyers, who have three players in the top 30 in league scoring and are led by James van Riemsdyk, who has had a stellar start with 18 points in 11 games.

The only question about the Flyers’ offensive prowess is how sustainable it is. They have the top-end talent to continue to score, but their numbers are a bit inflated to start the year.

The goaltending situation has to be a bit concerning for Flyers fans as well as starter Carter Hart has yet to play to the level he showed last season. Hart has a 5-2-2 record to go along with a .897 save percentage and 3.49 goals-against average.

The Caps have lost three games in a row but have played solid hockey throughout the losing streak. They outshot and out-chanced their opponent in two of the three games despite the absence of a couple of notable players and have managed to stay near the top of the East Division despite being without multiple key players, including their starting goalie.

Ilya Samsonov, along with teammates Evgeny Kuznetsov, Alex Ovechkin and Dmitry Orlov, was placed on the NHL’s COVID-19 protocol list on January 20 after testing positive for the coronavirus the previous day. Ovechkin and Orlov have since returned to the lineup but Kuznetsov and Samsonov have missed the past eight games. They are eligible to play in this game.

In Samsonov’s stead, rookie goalie Vitek Vanecek has been thrust into making several consecutive starts and has performed admirably. Vanecek is 5-2-2 this season with a .903 save percentage, a number inflated by the fact that he was pulled in Sunday’s loss to Philly. Samsonov’s arrival comes at the perfect time for Washington.

The Capitals are at home, are likely getting their starting goalie back, and will be making a considerable push to avoid losing four in a row. Getting that team +100 in a matchup that is really pretty even is gravy. Sign us up.