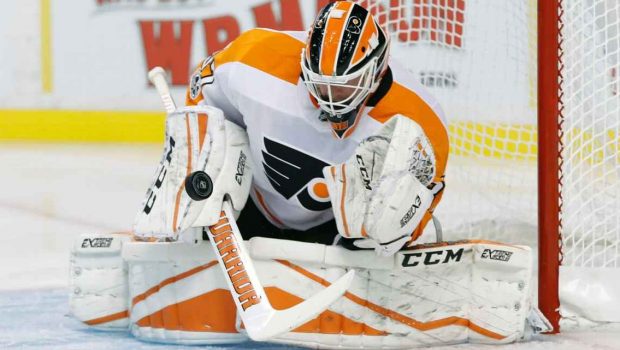 FLYERS ELLIOTT OUT 2 WEEKS, LYON CALLED UP FROM PHANTOMS

Flyers goaltender Brian Elliott suffered a lower-body injury in Thursday’s loss to the New Jersey Devils and will be out about two weeks.

Elliott, 33. was trying to stop a wraparound goal by Kyle Palmieri at 6:08 of the third period when he suffered the injury. Elliott skated off the ice and was replaced by Cal Pickard, who stopped the only shot he faced.