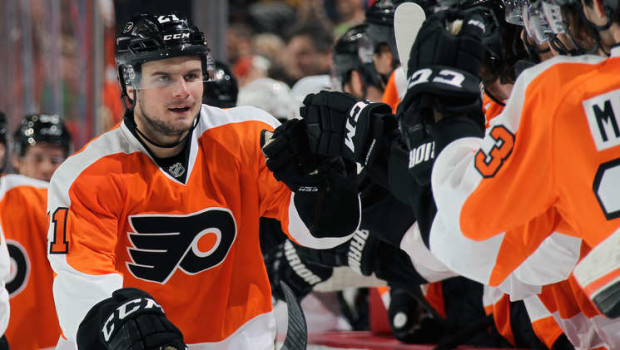 The Flyers made a couple of roster moves yesterday that don’t add up:

They sent forwards Roman Lyubimov and Scott Laughton (above) down to AHL Lehigh Valley.

Laughton, the club’s first-round pick in 2012, hasn’t played this year due to injury. He’s already spent a bit of time in the American League on a conditioning stint with the Phantoms, scoring two points in two games.

Lyubimov, 24, made his NHL debut earlier this year and has been a steady presence in the lineup, scoring one goal while averaging 9:14 TOI in 11 games.