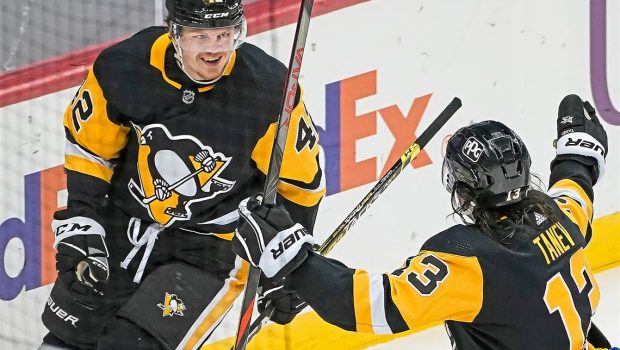 FLYERS DEFENSELESS VS. CROSBY-LESS PENS: WHAT’S UP WITH THAT?

So, the Pens didn’t have Sidney Crosby last night because he was put on the COVID-19 list, whatever that is.

And the Flyers were coming off consecutive shutouts at Buffalo, but a series of defensive lapses helped Pittsburgh gain control in the second period.

The Penguins scored three goals and outshot the Flyers 13-3 to start the second period.

Shayne Gostisbehere’s turnover at the Pittsburgh blue line led to Kapanen’s breakaway goal, which tied the game and ended the Flyers’ shutout streak at 160:11.

Kapanen slid the puck past an out-of-position Hart following a slick passing sequence with Rust and Jake Guentzel to put Pittsburgh in front, 2-1. Rust and Guentzel were at the crease, behind three Flyers’ defensemen on Pittsburgh’s third goal.