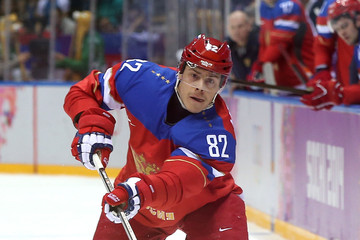 After hiring a new coach on Monday, the Flyers set out to bolster their roster of players, which, if truth be told, is the real reason they failed to make the playoffs for the second time in three years.

He comes to North America for the first time after a long professional career in his home country. He has played in the Kontinental Hockey League (KHL) since its inception in 2008 and spent three seasons prior to that playing in the KHL’s predecessor, the Russian Elite League.

For the past eight years, Medvedev has played for Ak Bars Kazan, the last seven of which have come as a member of the KHL. He has appeared in 373 career games for the team, recording 37 goals and 128 assists for 165 points, along with 408 PIM and a +100 rating.