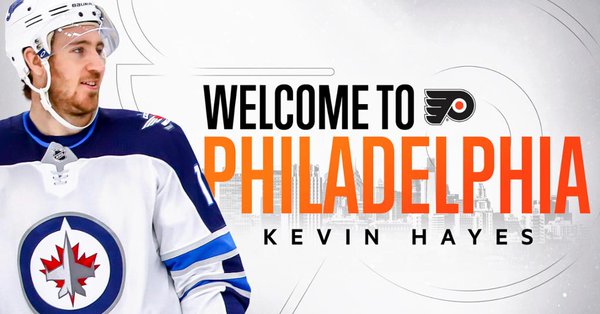 The Flyers have acquired the rights to Kevin Hayes from the Winnipeg Jets in exchange for a fifth-round pick in the 2019 NHL Draft.

Hayes will become an unrestricted free agent on July 1

The 27-year-old forward was traded to the Jets from the New York Rangers on February 25, for Brendan Lemieux, a 2019 first-round pick and a conditional fourth-round pick in 2022.

Capable of playing either center or wing, Hayes ought to be an versatile asset for the Flyers and it would appear unlikely that he’d test the market after this deal.