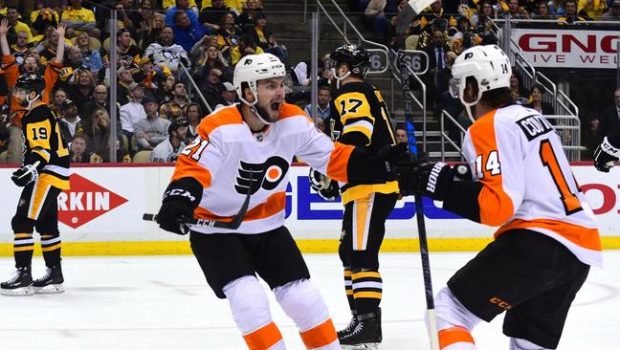 With the NHL draft set for tomorrow in Dallas, the league is also busy giving out awards.

A career-best offensive season for Flyers’ top-line center Sean Couturier helped him earn a first-time finalist spot for the Selke Trophy, awarded to the player selected as the NHL’s top defensive forward.

He was up against Boston Bruins center Patrice Bergeron and LA Kings center Anze Kopitar; both previous winners of the award.

Couturier finished 2nd in the balloting with 976 points including 37 first-place votes, 47 for second place and 37 for third.

Flyers captain Claude Giroux was tied for 16th on the strength of one third-place vote. Last year, Couturier placed 47th in the balloting with two points (a pair of 5th-place votes).