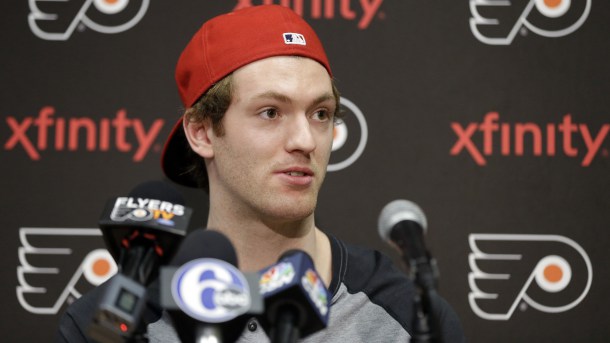 FLYERS’ COUTURIER ‘DAY-TO-DAY’ WITH WHAT KIND OF INJURY?

But the team’s age-old practice of playing fast and loose with injury reports is still in place.

Flyers center Sean Couturier is “day-to-day” with what the Flyers announced is an upper-body injury.

That might not be the only thing that’s ailing the 22-year-old, as Flyers beat writers including CSNPhilly.com’s Tim Panaccio batted around the idea that the two-way forward may have also hurt his knee/lower body at some recent point.

NHL teams seem content with throwing up smoke screens about injuries more or less all year round now, so maybe the most useful thing to key on is “day-to-day.”

With the regular season rapidly approaching, Couturier’s health will be one of the Flyers’ issues to monitor.