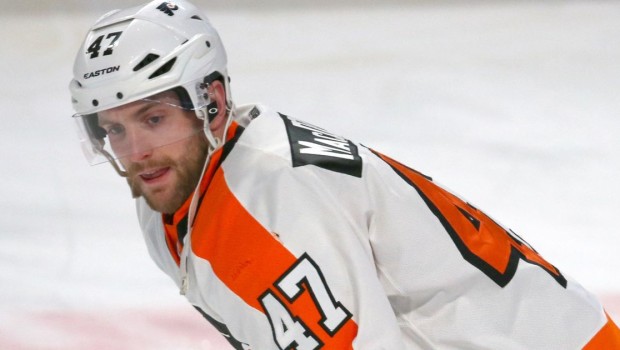 The Flyers have wasted no time getting out the broom and sweeping out defenseman Andrew MacDonald.

He was placed unconditional waivers for the purpose of terminating his contract.

MacDonald had one more year left one a six-year deal that paid him $5M per season.

The 32-year-old just finished his fifth season with the Flyers. With one season left on his contract, the Flyers will save approximately $3.83M with the buyout. They will be faced with a cap hit of a little under $1.92M in the 2020-21 season. This all assumes he clears waivers, though. However, it is unlikely another team takes on his cap hit.

This move comes a day after GM Chuck Fletcher traded Radko Gudas to the Washington Capitals for Matt Niskanen. It also comes as no surprise to most. His role on the Flyers had significantly decreased as the years went on. He came to the team averaging 22 minutes of ice time a game. That number dropped to an average of 16 minutes last season.

MacDonald spent time with the Lehigh Valley Phantoms in 2015 after he was waived by the team. He played 43 games for the Phantoms that season, returning for 28 games with the Flyers late in the season.

During his Flyers career, MacDonald posted 11 goals and 61 assists in 291 games.