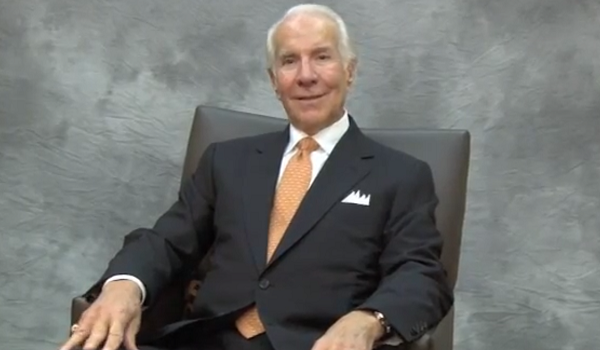 The Flyers landed in Santa Barbara yesterday instead of Los Angeles to visit owner Ed Snider.

“It was very generous of him and his wife, Lin, to host us,” head coach Dave Hakstol told CSNPhilly.com. “It was a great afternoon for the team and all of us.”

Snider has retreated to California for treatment in his recurrence of cancer.

“It was awesome of him having us,” defenseman Luke Schenn said. “Not too many players have that opportunity, to see his house and have lunch. It was great to see him and his wife, get to spend some time with him. He hasn’t been around Philly much this year, so it was great seeing him.”

After practice, the team bussed to Snider’s residence in nearby Montecito, where they spent two hours chatting and touring his sprawling property. Snider was joined by his wife, Lin, and some of their children.

“It was great,” Flyers captain, Claude Giroux said. “We haven’t seen him in a while. It was good to talk with him.”

Giroux said although Snider continues to watch all the games, they didn’t talk about hockey per se or even the Flyers’ season thus far.

“We talked a little bit about hockey but more, we talked about life,” Giroux said. “He has a really nice place. There’s a lot of cool stuff in there.”

Among them, a giant Flyers’ flag that greets visitors at his front door.

“To walk up to the house and see the big Flyers flag at his front door, that speaks to the passion he has,” Hakstol said.

“I know what it meant to me and the rest of the team. It was tremendous. It was great to see the fire in his eyes and what this meant to him.”