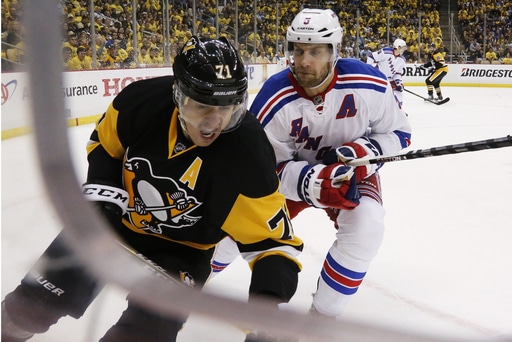 FLYERS-CAPS WINNER WILL FACE RED-HOT PENS IN ROUND 2

Are the Pittsburgh Penguins really the hottest team in the NHL?

The New York Rangers think so.

They lost game 5 6-3 to fall to the Penguins 4-1. Even with that letdown in mind, they seemed blown away after being blown out by Pittsburgh.

The Penguins will face either the Flyers or the Washington Capitals in round two.

No doubt about it, netminding was a story in this series, and Henrik Lundqvist took responsibility for his part in this defeat.

With some key free agents heading into the summer and years of mortgaging draft picks to try to contend, the Rangers saw their postseason hopes fade in the first round this time.

For now, it seems like the franchise is focused on the season that just ended, and plenty of questions about what could have been.