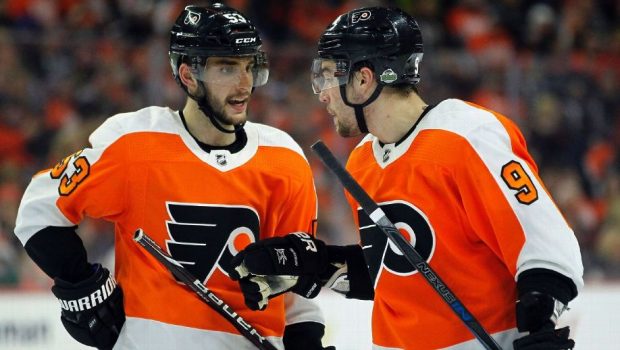 Let’s keep things in perspective. No, the Flyers didn’t get too close against the Pens in their first-round series. But the fact that the Flyers even played this late in the season is something at which to marvel.

Around Thanksgiving, the Flyers were mired in a 10-game losing streak and chants of “Fire Hakstol” reverberated around the Wells Fargo Center. Those calls would resurface, but it’s hard to argue that this team didn’t improve substantially; the Flyers are trending up.

Depth, however, plagued the Flyers, who struggle when either Sean Couturier or Claude Giroux are not on the ice.

And of course, there’s the decades-long issue that won’t go away: goaltending.

Philly has become the factory of sadness for churning out goaltenders, a la the NFL’sCleveland Browns and quarterbacks. Brian Elliott became the 10th Flyers goalie to start a playoff game for Philly since 2005, most in NHL in that span. While the 33-year-old journeyman shouldn’t be the only scapegoat for playoff woes, he certainly couldn’t match up against Sidney Crosby & Co: