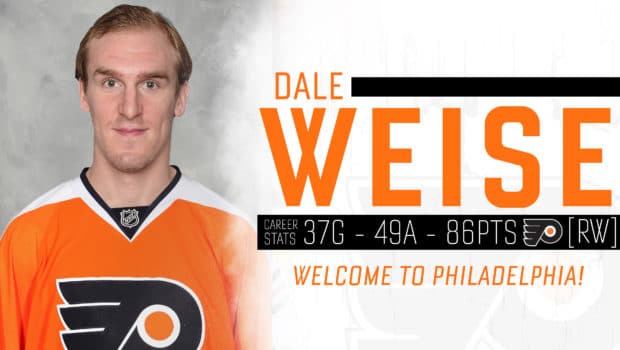 Right winger Dale Weise has signed a four-year, $9.4 million deal with the Flyers. Weise told TSN that he didn’t get much of a significant offer from the Montreal Canadiens, a team he was very interested in signing with. He also said getting a four-year deal was important to him and helped tip the scales in favor of the Flyers.