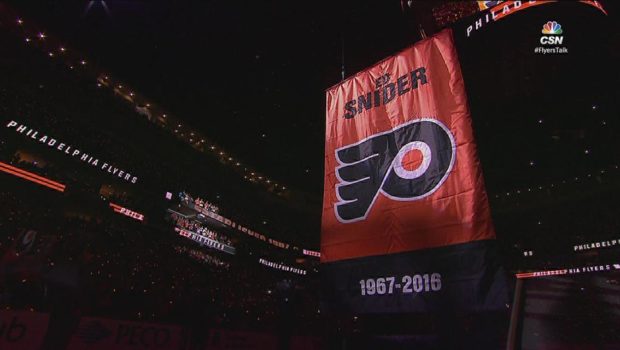 FLYERS ARE THE WORST TEAM IN TOWN, AND HAVE BEEN FOR AWHILE!

The Flyers are the worst-run sports franchise in town — even worse than the Union, which seems to have gotten its act together lately.

But you wouldn’t know that if you read or listened to the local lame-ass media.

Only in the insulated world of the Flyers and their butt-boy media coverage would the firing of general manager Ron Hextall be regarded as “stunning.”

And yet that’s how the Inky and PhillyVoice described the cashiering of the man who has run what once was a proud franchise into the ground in his four years in charge.

And only an organization as inept as the Flyers would fire their GM with a statement from their president, the equally inept Paul Holmgren, on a Monday and announce that there wouldn’t be an explanatory presser until Tuesday!

While every other team in Philly is held to a standard that fans demand, the Flyers are treated by the local media as if their latest Stanley Cup was 2015 instead of 1975, when Madonna was a lass of 16.

They have been given pass after pass by the media, which has worshipped at the altar of the late Ed Snider, the most overrated owner in Philly sports history.

He caught lightning in a bottle in 1974 and 1975 and won two Cups for a city that desperately needed something to cheer for.

And they have been dining out on those two titles for 43 years.

While they made it to the Finals six more times they have failed to bring home another Cup.

And since 2010, when they lost to the Blackhawks in six games, they have been a franchise in chaos, spending money like there was no salary cap, hiring only Flyers alums to top jobs — Holmgren and Hextall among them.

Last spring’s six-game loss in the first round of the playoffs to the Pens was glossed over, and now there are wide swaths of empty seats in the house that Snider built, the Wells Fargo Center.

And changes have to be made.

But if you read yesterday’s posts from the butt-boy media you would have thought the team’s problems were so obvious it’s amazing there were no changes sooner.

Coach Dave Hakstol is the real problem, said one.

Communication is the issue, said another.

These may all be valid observations.

But they were never offered online, in print or on the air before yesterday.

Typical of the Flyers media sheep, especially NBC Sports Philly, which is owned by Comcast, which also owns the Flyers.