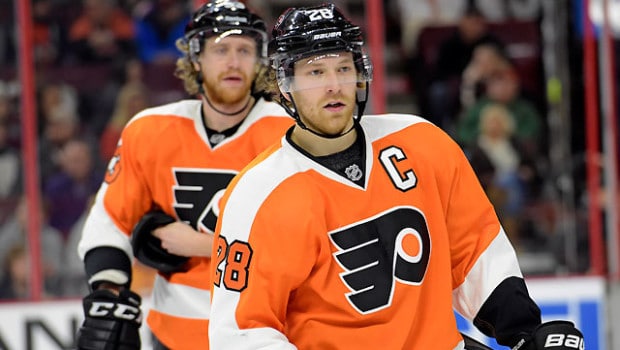 FLYERS ARE NOW OFFICIALLY THE WORST OFFENSE IN THE NHL!

Break out the noisemakers.

Strike up the band.

The Flyers have reached a milestone few thought attainable.

Thursday night’s 1-0 overtime loss to San Jose, combined with Anaheim’s 3-1 win in Florida, means the Flyers officially have the worst offense in the NHL.

Almost a quarter of the way through the season, the Flyers are averaging just 1.79 goals per game. The Ducks have inched up to 1.85.

The Flyers were left frustrated, but in a way encouraged, after Martin Jones turned aside all 34 of their shots.

“We just have to work harder and keep up our competitive attitude. Keep getting to the net and getting shots through. They’re going to go in eventually.”

So far, they’ve only gone in for a couple of guys. Claude Giroux has six goals; Brayden Schenn five. No other Flyer has more than three.

There are 56 NHLers with seven or more goals.

There are 329 with more goals than Jakub Voracek, who has just one.