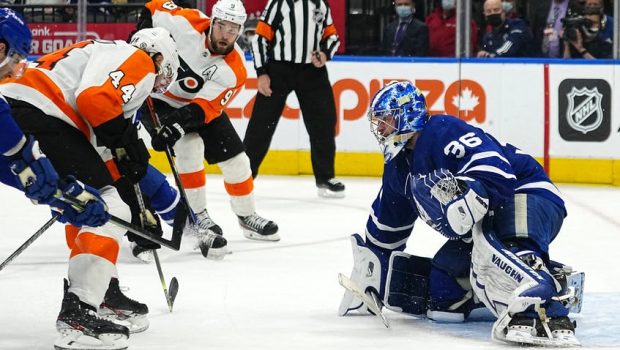 FLYERS ARE MORE THAN WORSE: ONLY 5 GAMES LEFT!

There’s no news in that.

But the good news is that there are only five games left in this worst-ever season for this motley franchise.

William Nylander scored his career-high 32nd goal of the season as the Toronto Maple Leafs defeated the visiting Flyers 5-2.

“We battled hard,” Jones said. “Some breakdowns cost us.”

Philly is now stuck at 57 points.