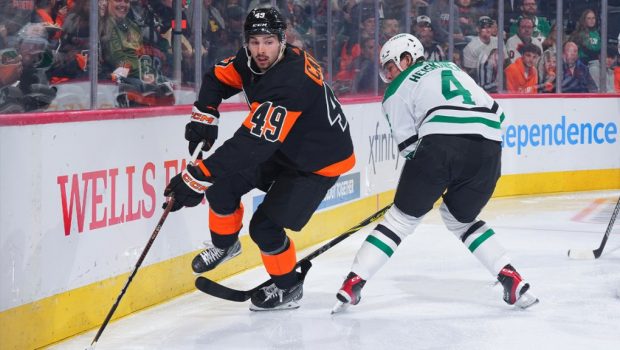 FLYERS ARE CRASHING BACK TO EARTH!

Joe Pavelski scored a goal and added two assists and Jake Oettinger recorded 37 saves to lead the Dallas Stars to a 5-1 win over the slumping Flyers.

Matej Blumel, Esa Lindell, Luke Glendening and Jason Robertson all scored for Dallas, which snapped a two-game losing streak in the first game of a three-game Eastern Conference road swing.

Travis Konecny recorded his sixth goal of the season for Philadelphia, which lost its third game in a row and fifth in its last seven contests. Felix Sandstrom had 26 saves for the Flyers.

Glendening scored a short-handed goal just 57 seconds into the third period that deflated the building and ended Philadelphia’s shot at a comeback.

“I thought we were right there going into the third,” Tortorella said. “That fourth one — the shorthanded goal — that’s hard to recover from.”