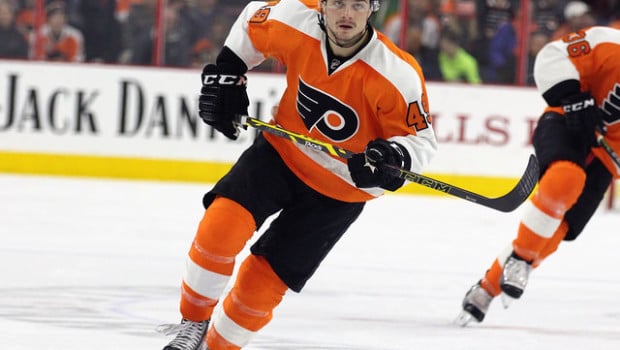 Flyers forward Scott Laughton has filed for salary arbitration. He set career highs in goals (12) and points (32) and had a minus-11 rating last season. In the upcoming season, he could play wing on the third line or center the fourth line. Laughton, 25, the Flyers’ first-round selection in 2012 (20th overall), was also used on the penalty kill last season. He made $962,500 last year. Arbitration hearings will be held in Toronto from July 20 to Aug. 4. A player can sign a contract before an arbitrator’s ruling.