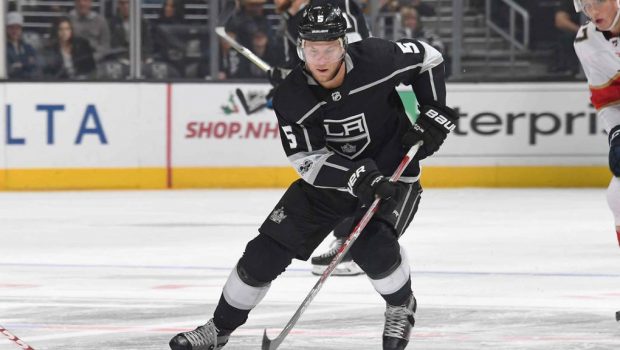 * Following his collegiate career at UMASS-Lowell, Folin has posted 36 points (7g-29a), 80 penalty minutes, and a career plus-minus of +16 in 183 NHL games over the course of five seasons in the NHL.

* Along with his 13 points last season with the Kings, Folin led the team in average hits per game (2.6) and ranked third on Los Angeles in overall hits (167).

* Folin signed as a free agent out of college with the Minnesota Wild, where he spent his first full three seasons of his NHL career. He made his NHL debut at the end of the 2013-14 season where he added an assist in the game.

* He has also appeared in 41 games in the American Hockey League with the Iowa Wild, Minnesota’s AHL affiliate, where he posted 17 points (6g-11a) in parts of two seasons.

* In two seasons UMass-Lowell, he posted 41 points (12g-29a) in 79 games while helping the team win its first regular-season Hockey East title, which was the first of back-to-back Hockey East Tournament championships.