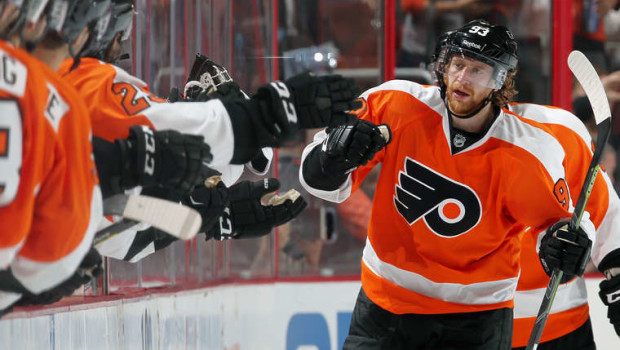 Well, at least now we know what a lower body injury is.

Flyer Jake Voracek was in a walking boot last night after general manager Ron Hextall revealed that the team received “good news” from doctors in regards to Voracek’s lower-body injury.

Voracek, who missed Saturday’s 4-2 win over Arizona and was seen wearing a walking boot after the game, will not need surgery, Hextall said, to repair a suspected left foot ailment.

Hextall, however, would not say if Voracek was hurt during a collision with Wild goalie Devan Dubnyk in the second period of Thursday’s 3-2 victory over Minnesota.

“I don’t want the enemy to know,” Hextall said with a grin.