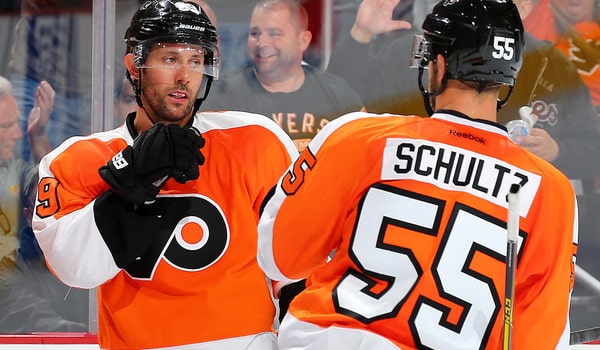 The Flyers’ award for Best Performance With Little Ice Time goes to:

Right wing Sam Gagner, surprisingly benched for the Flyers’ first two games, got a chance to play last week due to R.J. Umberger’s injury and responded with an assist in his first game and a goal in his second.

No matter, it appears head coach Dave Hakstol still needs to gain trust in Gagner, who has a tendency to be careless with the puck.

Despite playing on the second power-play unit, Gagner has averaged a Flyers-low 17.0 shifts per game so far and his 12:24 average ice time is third-lowest, head of only forwards Scott Laughton and White.