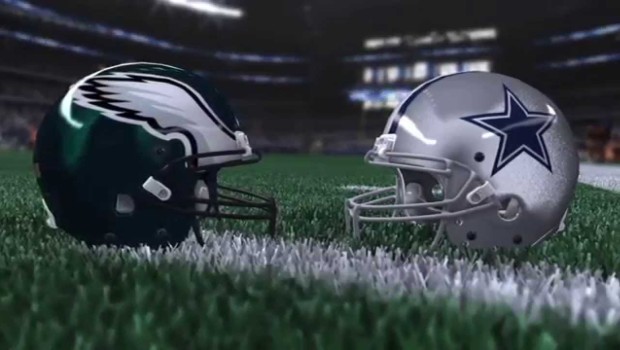 FIVE OUT OF EIGHT DALLAS WRITERS PICK EAGLES OVER COWBOYS!

TIM COWLISHAW: Neither defense gives up much in the way of yards, but Cowboys lose the turnover battle this time, and that’s too much to overcome. Eagles, 21-13.

BRANDON GEORGE: The Eagles will be up for this game after the way Dallas shut down their offense in Week 2, and Cowboys coach Jason Garrett is 1-4 at home against Philadelphia. Eagles, 27-17.

RICK GOSSELIN: The Cowboys have a defense that can keep them in the game these next few weeks. If Matt Cassel doesn’t turn the ball over, the Cowboys should win a few of these games and resurrect in the NFC East race. Cowboys, 16-13.

JON MACHOTA: My picks this season have caused my colleagues to label me a homer. So, Eagles win a close one and Dallas goes into full-blown panic mode. Eagles, 21-20.

DAVID MOORE: DeMarco Murray rushes for more yards than he did in the first encounter — how could he not? — but Eagles still fall short. Cowboys, 26-21.

RAINER SABIN: Dez Bryant is back. But DeMarco Murray plays for the Eagles, and Tony Romo is still out after they injured him in Week 2. So the offense remains challenged. Eagles, 24-17.

KEVIN SHERRINGTON: Cassel gets his first Cowboys win, and Chip Kelly declares himself a candidate for the job with the Titans. Or South Carolina or USC or …Cowboys, 24-17.