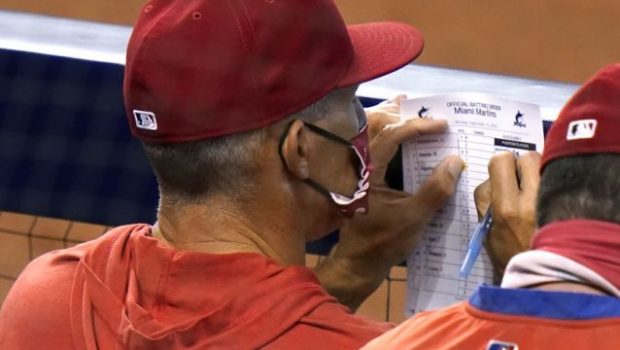 FISH ATE THE PHILS WHOLE AND SPIT THEM OUT, WINNING 5 OF 7!

Pablo Lopez allowed one run in seven innings and the upstart Marlins won the finale of their marathon seven-game series against the Phils, 6-2.

The series, the majors’ longest in the regular season in 53 years, included three makeup games and two doubleheaders. The Marlins’ only other Game 7s were in the 1997 and 2003 postseasons, and they won the World Series both years.

Marlins Park was mostly empty because of the coronavirus, but the home team still created some buzz by winning five of seven, including the final three in the series.

The Marlins (24-21) moved into second place in the NL East, 1 1/2 games ahead of the Phils, and have a shot at their first playoff berth in 17 years after overcoming an early season COVID-19 outbreak that sidelined more than half the team.

The only run Lopez allowed came on Andrew McCutchen’s seventh homer to start the game. The Phils totaled four hits without J.T. Realmuto and Rhys Hoskins, both nursing injuries.

“It’s always frustrating when you’re not scoring runs,” manager Joe Girardi said. “We hit the ball hard; just didn’t have any runs to show for it.”

Jesus Aguilar put the Marlins ahead with a two-run double in the third. Miguel Rojas hit his third home run and Starling Marte added his fifth, both off David Phelps.

Kingery, reinstated from the injured list before the game, hit his second homer. Phils catcher Rafael Marchan made his major league debut and went 1 for 3.