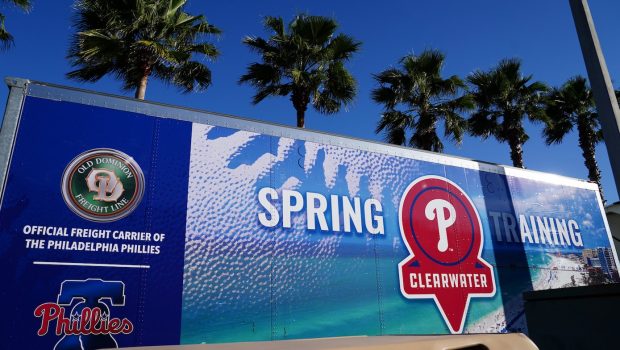 The Phillies equipment truck pulled into Clearwater to unload for spring training yesterday, and Mayor George Cretekos was there to welcome them to their home away from home.

“This is a great way to start the season,” said Mayor George Cretekos.

The truck carries everything from baseballs and bats to uniforms and so much more.

“It’s special to come down here,” Phillies equipment and umpire services manager Dan O’Rourke said. “The mayor is here to help out and that doesn’t happen a lot in other cities.”

“Sometimes we forget that spring training is a way of getting people to come here, whether it’s the Phillies, or Yankees, or Blue Jays,” Cretekos added.

Cretekos credits this long-standing relationship to everyone in Clearwater who welcomes the team, their families, and the fans.

“Our hospitality industry does such a good job of welcoming them, that they come back and keep coming back at other times of the year,” Cretekos said. “We forget that sometimes.”

The Phillies first spring training workout is set for Wednesday and the first game in Clearwater will be February 23.