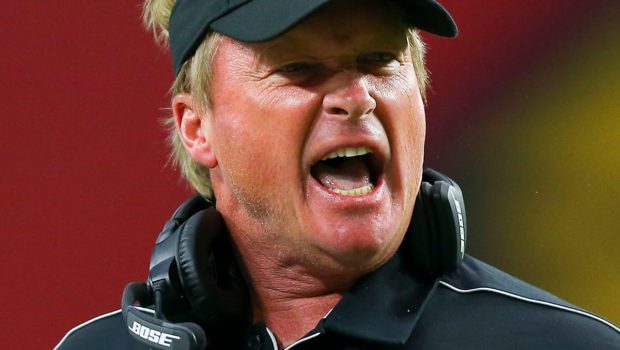 What a great country this is!

Former Raiders coach Jon Gruden is suing the NFL and commissioner Roger Goodell in the wake of his private emails being leaked amid an investigation into the WFT.

Gruden’s attorney, Adam Hosmer-Henner of McDonald Carano, said in a statement that the lawsuit was filed in the Eighth Judicial District Court in Clark County, Nevada.

“The complaint alleges that the defendants selectively leaked Gruden’s private correspondence to the Wall Street Journal and New York Times in order to harm Gruden’s reputation and force him out of his job,” Hosmer-Henner said. “There is no explanation or justification for why Gruden’s emails were the only ones made public out of the 650,000 emails collected in the NFL’s investigation of the Washington Football Team or for why the emails were held for months before being released in the middle of the Raiders’ season.”

The lawsuit says the NFL pressured the Raiders to terminate Gruden and “intimated that further documents would become public if Gruden was not fired.” According to the suit, Gruden lost a sponsorship deal with Skechers and was pulled from appearing in the Madden NFL 2022 video game, as well as having future employment and endorsement prospects damaged.

Gruden is seeking unspecified damages on seven claims as well as punitive awards and attorneys’ fees.

The emails, which contained racist, anti-gay and misogynistic language, spanned a seven-year period starting in 2011 when Gruden worked for ESPN as an analyst on Monday Night Football.

On Oct. 11, The New York Times reported many more problematic emails sent by Gruden. He resigned that evening, apologizing again and saying he never meant to hurt anyone.

Gruden’s messages were uncovered from a set of 650,000 emails that were part of the NFL’s investigation into claims of workplace misconduct against the Washington Football Team. They were sent by Gruden to then-Washington president Bruce Allen and others.